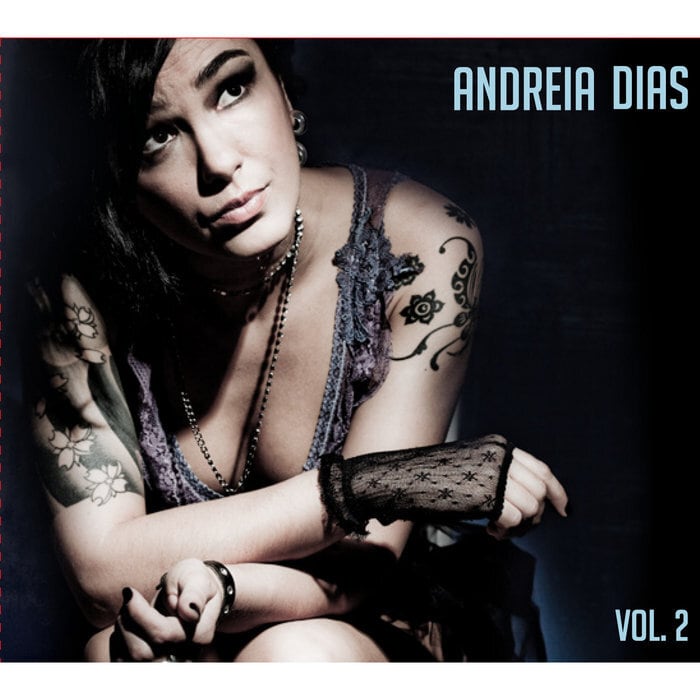 Andreia Dias is a rare singer-songwriter. Born in the poor neighboorhood of Grajaú, in the outskirts of São Paulo, she debuted her solo career in 2008 with Vol. 1, the first of trilogy she had in mind. The record was critically acclaimed, not only in Brazil but also abroad. She is indeed a versatile musician, before Vol. 1 she had already been singing and writing for bands DonaZica and Banda Glória for more than 10 years.
Now she's ready for her second. Vol. 2 was released in May 2010 and, such as in her first album, she writes all songs. Being a compulsive songwriter, Andreia's lyrics deal with crazy love stories, social and behavior criticism and, above all, sarcasm.
Vol. 2 features special guests Zeca Baleiro, whos sings Pomba-Gira with Andreia on a duet and Arrigo Barnabé on Astro Rei.